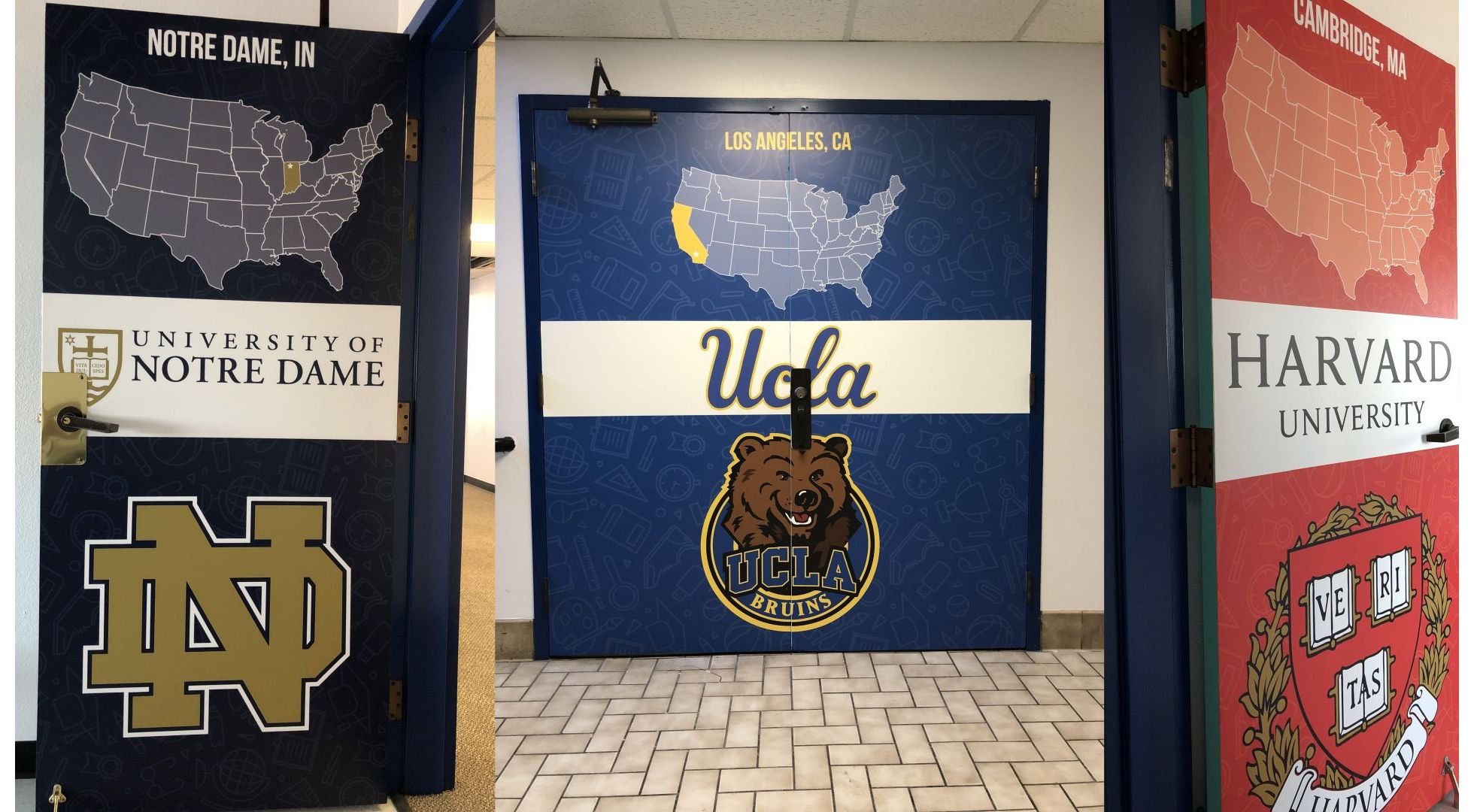 Each classroom at Scholarship Prep is named not after a number, but instead after a prominent university.  Teachers choose universities based on those highest ranked by the NCAA for Graduation Success Rate, a measure of how successful universities are in graduating their scholar-athletes.

To make our classroom doors even more educational, we decided to include a map of the United States, as well as where each university is located.  We think the doors look awesome!
Social Share